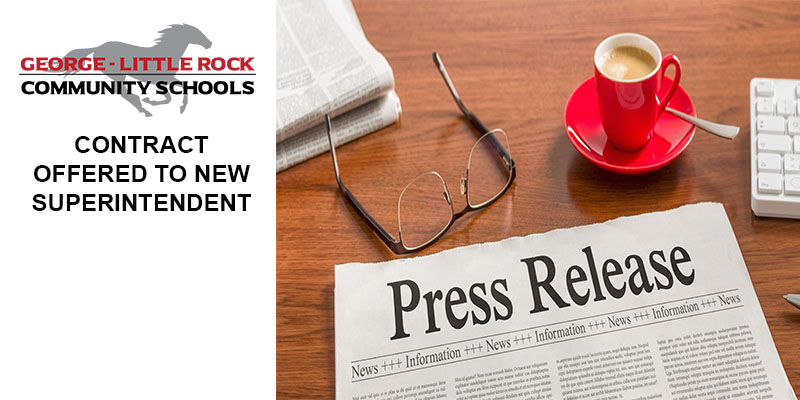 have offered a contract for the position of Superintendent of Schools to Mr. Tom Luxford.

Mr. Luxford is currently the Assistant High School Principal/Director of Alternative School at

Bachelor of Science Degree from Westmar College in Physical Education, a Master’s of Science

Degree in School Administration from Wayne State College, and an Educational Specialist

degree in Educational Leadership with a Superintendent Licensure from Wayne State College.

Mr. Luxford began his teaching career in the Prague Public Schools, Nebraska, as a K-12

Physical Education teacher and coach. He then taught 12 years in Laurel-Concord Schools in

Principal/Activities Director at North High School in Sioux City, Iowa. He then went on to the

Mr. Luxford will replace interim superintendent Mr. Pat O’Donnell, who will continue in the

position until June 30, 2020. Mr. Luxford will begin his employment with the George-Little Rock